Год выхода: 1981
Выпущено: VCX
Жанр: Classic, Feature, Straight
В ролях: Lee Caroll, Nicole Black, Seka, Stephanie, Suzanne French, Tara Flynn, Bill Margold, Billy Dee, Jesse Adams, Ken Scudder, Kevin James, Mike Ranger, R.J. Reynolds
Sex, suspense and comedy all come together in Any Time Any Place. Featured is Seka, as Lynn, the not so dumb blonde, who joins Skinner (Mike Ranger) and his buddy Chickie, two inept burglars, who are trying to make a living the only way they don't know how. It's the first sexy caper with pizazz from the pool halls and pawn shops to the exclusive estates they prowl, sex manages to rear its lovely head. Barely evading capture, they screw their way to success without a wasted moment. Skinner is trying to raise money to bail his buddy out of a jam while proving to his parole officer (Tara Flynn) how very "good" he is. Ready, willing and able, Lynn would do anything to help Skinner and usually does with zest. She's so hot in fact, she'll do it any time ... any place. 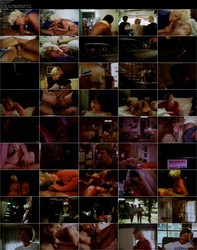